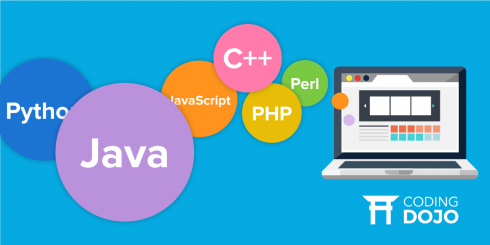 As programmers prepare for the new year, they will need to stay up-to-date on the most in-demand skills employers are looking for. Coding Dojo has released the top seven most in-demand programming languages developers should be aware of over the next year.

“Software development is a dynamic field. New and in-demand programming languages, frameworks and technologies can emerge, rise to fame, and then fade away in the course of a few years. Developers need to constantly be learning new skills to stay relevant,” Speros Misirlakis, head of curriculum at Coding Dojo, wrote in a post.

The company analyzed data from Indeed on 25 programming languages, stacks, and frameworks in order to figure out which were the seven most in-demand by employers.

According to the data, Java is the most in-demand language with 68,000 jobs in 2017, however, that number is expected to decrease in 2018 to 62,000, according to Misirlakis. This is up from last year’s number two spot.

Python also grew in popularity moving from the third slot in 2017 to the second slot this year. According to the data, Python had 41,000 jobs in 2017 and is expected to grow to 46,000 in 2018. Since Python is heavily used for machine learning, the demand will continue to go up as the demand for machine learning developers grows.

Languages not included on the list, but expected to grow next year include Swift, R, and Rust. Coding Dojo also lists SQL, .NET, Node, and MEAN as technologies that developers should be familiar with. These are typically listed skills on job posting on Indeed.com even though they are not programming languages.