2019: Enterprises cleared for takeoff into the cloud 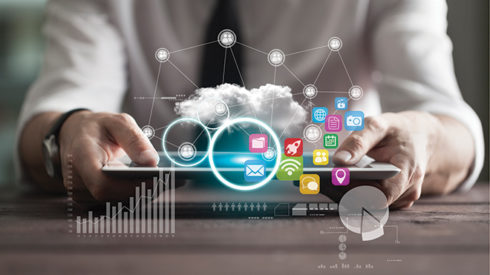 The skies began to clear up for enterprises to start doing more in the cloud this year.

According to Forrester, 2018 was the year cloud-native tools and technologies started to gain more traction, and 2019 was its breakout year as more enterprises turned to microservices, containers, serverless and modern approaches.

“From a software development perspective, the cloud offers simplicity, velocity, elasticity, collaboration, and rapid innovation that isn’t easily replicated, if at all possible, using traditional on-premises tools. And if you are going to be hosting on the cloud, why not develop in the cloud to make sure your development environment is as close to your runtime environment as possible?” Christopher Condo, senior analyst for Forrester, said last year. “Everyone is coming to grips with the fact that some portion of their business will be hosted in the cloud, so they then make the logical leap to say if we’re hosting this particular feature or product in the cloud, let’s go ahead and develop in the cloud as well.”

Plenty of providers and vendors also took note that more business was moving to the cloud that they began to focus efforts on different forms of cloud.

Google Cloud went on the path to a serverless future in January with the release of its NoSQL document database solution Cloud Firestore. The solution uses cloud-native technology in order for users to store, sync, and query data for web, mobile and IoT apps.

In February, the merger between Cloudera and Hortonworks was officially completed, opening up new opportunities for a new Cloudera. Together, the companies work on supporting hybrid and multi-cloud deployments. In September, the newly formed company announced the first instantiation of its enterprise data cloud: Cloudera Data Platform. The solution was designed to manage data and workloads on any cloud.

IBM released new services designed to harness the power of the hybrid cloud in February. The services included the IBM Cloud Integration platform to cut time and increase productivity, IBM Services Multi Cloud Management for simplifying IT operations, and the Cloud Hyper Protect Crypto Service to provide security on the public cloud. IBM also acquired Red Hat during the year, and in August revamped its portfolio to be cloud-native and optimized for Red Hat OpenShift. The move made it possible to build mission-critical apps once and run them on different public clouds, the companies explained.

“Red Hat is unlocking innovation with Linux-based technologies, including containers and Kubernetes, which have become the fundamental building blocks of hybrid cloud environments,” said Jim Whitehurst, president and CEO, Red Hat. “This open hybrid cloud foundation is what enables the vision of any app, anywhere, anytime.”

Red Hat also had its own cloud announcements. In February, the company announced the Red Hat Code Ready Workspaces to help developers leverage Kubernetes and create cloud-native apps. In November, Red Hat announced Quarkus 1.0, a Kubernetes-native Java stack built for containers and cloud deployments. According to the company the solution will set up Java for a cloud-native world.

The cloud was also front and center at Microsoft’s Build conference in May. Microsoft announced updates to the Azure Kubernetes Service to provide event-driven auto scaling that supports serverless event-driven containers on Kubernetes. Microsoft also launched a new Azure Security Lab for its cloud and doubled up its bounty rewards in August to help strengthen its cloud security.

Stackery announced local Lambda development in July to enable all developers to debug and develop any function in any language or framework.

Atlassian even went deeper into the cloud with major updates to its cloud platform. The updates were focused on new cloud plans, platforms, admins and cloud migration — and included new cloud plans targeted at different use cases, enterprise-grade cloud controls, a new command center, and new programs and offerings for moving to the cloud.

A new foundation, the Reactive Foundation, was launched in September to help advance the next generation of networked apps. According to the LInux Foundation, as cloud-native computing and more modern app development practices start to take hold, reactive programming will become more important.

The Eclipse Foundation formed the Eclipse Cloud Development Tools Working Group in October to help simplify cloud-native app development. The group will focus on development tools for and in the cloud.

In November, Sumo Logic announced it was acquiring JASK Labs, a company that specializes in cloud-native autonomous security operations.

Gartner ended the year with distributed cloud on its top 10 strategic technology trends for 2020. According to the research firm, as cloud adoption continues to rise, a new era of cloud computing will emerge. Distributed cloud refers to “the distribution of public cloud services to locations outside the cloud provider’s physical data center, but which are still controlled by the provider.”