2019: Microsoft innovates across the board 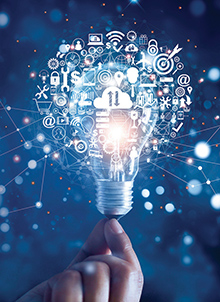 2019 was Microsoft’s year. After a strong 2018 — a main highlight of which was its acquisition of GitHub — the company kept up that momentum into 2019.

Last year, our yearly review of Microsoft focused heavily on Azure. Microsoft invested heavily into its cloud platform last year, and it paid off. This year, things aren’t so simple. The company continued its investment into Azure, but outside of cloud, it revealed significant innovations across the board — from a remote version of Visual Studio to new AI-enabled solutions to new foldable devices and a new operating system to go with them.

The company also announced that it would be merging the .NET Framework and .NET Core into a single solution. This technically hasn’t happened yet, as the company is starting this with the release of .NET 5, which is scheduled for release in 2020. Microsoft explained that all of the things that developers love about .NET Core will remain, but .NET 5 will also provide more choices on runtime experiences, Java interoperability on all platforms, and Objective-C and Swift interoperability on multiple operating systems.

Microsoft also entered the foldable screen game with the announcement of two foldable Surface devices that are expected to hit the market for the 2020 holidays. To support these two devices, Surface Neo and Surface Duo, the company developed a new operating system designed for dual-screen devices. Called Windows 10X, the operating system is an extension of Windows 10. It will have similar navigation and functionality to Windows 10, but will have enhancements that optimize it for more flexible postures and mobile use.

In 2019, the company released several versions of TypeScript, the most recent of which was TypeScript 3.7, announced at Microsoft Ignite. A highly requested feature that was introduced in 3.7 is optional chaining, which allows developers to write code that can immediately stop running if it encounters a null or undefined.

Also, at Ignite, the company announced it made several enhancements to Microsoft 365, including updates to Teams, a new mobile app for Office, a public preview of the Fluid Framework, a new version of Microsoft Project, AI-enabled Cortana capabilities, a redesigned version of Yammer, and new features in Microsoft Search. They also announced a new knowledge sharing solution called Project Cortex.

Project Cortex is an evolution in knowledge sharing within organizations. It uses AI to parse through content created by an organization, then pushes that information to relevant locations for business users to access. Project Cortex creates a knowledge center, made up of topic cards, people cards, and topic pages. The solution allows business users to make sense of their data and share knowledge in ways they previously couldn’t.