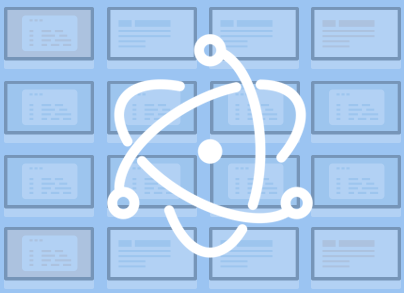 Debugging company Rookout has announced it is bringing its remote live debugging solution to Electron. Electron is an open-source framework for building web solutions with JavaScript, HTML and CSS. Rookout’s debugging solution will enable developers to gain insights into the data and code from a live Electron app, rather than having to gain the insights from local testing.

“End-user software like Electron has to run in literally millions of distinct production environments,” said Or Weis, CEO and co-founder of Rookout. “Combined with a very rapid deployment cycle, it’s challenging to see exactly what’s going on inside a single install or reproduce an exotic bug. Rookout brings instant visibility to Electron, giving developers an unprecedented deep access to the full state of an app on an end-user’s computer, with just a few clicks of a mouse.”

“The launch of Delphi and C++Builder Community Editions represents a significant milestone for our growing community of developers,” said Atanas Popov, general manager of Embarcadero. “Now, many more aspiring developers around the world can experience the power of Delphi and C++Builder to build native apps that work equally well on mobile and desktops. This, combined with the ease of learning visual design and hundreds of available pretested components, will truly transform our community for the future growth. It is a great time to be a Delphi or C++ developer.”

The specification was designed to simplify VR setup and speed up VR adoption.

“At Oculus, we’re committed to making VR easily approachable for a wide variety of people,” said Nate Mitchell, head of Rift for Oculus. “A consolidated connection point is critical in removing barriers to experiencing high-powered PC VR. With the adoption of VirtualLink technology, purpose-built for VR, we look forward to helping push the industry forward into the next phase of VR.”

According to the company, data scientists and analysts deal with fragmented workflows when building ML models. The new beta program is meant to solve this by providing one seamless workflow to tackle machine learning problems such as data preparation, model training and reporting.

“Building trustworthy machine learning algorithms is a huge challenge for today’s data teams, in part because of the difficulties they face with data prep and feature engineering,” said Harry Glaser, co-founder and CEO, Periscope Data. “As we continue to fulfill our mission of turning data teams into superheroes, we see this integration with Amazon SageMaker as a great way to simplify machine learning workflows for our customers and give them a faster path to valuable insights.”