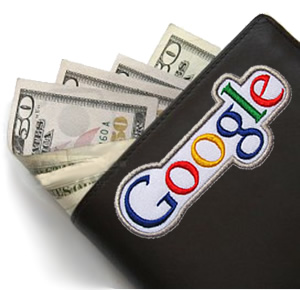 Google has announced it will be retiring the Google Wallet API on March 2, 2015. The API was designed to allow users and merchants to buy and sell digital goods.

Google will not be offering a replacement processing solution, and it recommended developers start looking for an alternative.

“Because we feel that Google Wallet merchants know their buyers best, we encourage you to research payment processing solutions to best fit the needs of your buyers,” the company wrote on its website.

Go language announces move to GitHub
Go, the statically typed programming language originally developed by Google, is migrating its codebase from Mercurial to GitHub between the upcoming 1.4 and 1.5 releases.

Go co-creator Rob Pike announced the move in a Google Groups message, explaining the migration to GitHub as indicative of its community and contributors, that majority of whom use Git and GitHub. Go 1.4 is set for release in early December, and all development for Go 1.5 will then take place on GitHub.

Node.js production releases ship with outdated V8 engine
A production release of the Node.js JavaScript cross-platform runtime has reportedly shipped with a no-longer-supported version of the Chrome V8 engine, which is responsible for several instances of undefined functions. Several users have posted about it on the Google Code forums, tracing the undefined function errors back to the outdated V8 version in the recent Node.js release.

Google increases Turing award to $1,000,000
The Association for Computing Machinery (ACM) has announced that the funding level for its Turing Award is now US$1,000,000, thanks to Google.

“With the generous support of Google, we can celebrate the mainstream role of computing in transforming the world and the way we communicate, conduct business, and access entertainment,” said Alexander Wolf, president of the ACM.

The Turing Award, named after Alan Turing (who laid the foundation to today’s interconnected world), is meant to honor computer scientist and engineers who have developed systems and theoretical foundations that drive the IT industry. According to the ACM, the 2014 Turning Award will be presented at the ACM Awards Banquet next spring.

According to the company, Skylink and the Skylink API enable developers and enterprises to integrate the WebRTC real-time in-browser communication standard into devices, applications, websites and browsers. Skylink is built entirely on Amazon Web Services, and the SkylinkJS Web API is available via the Temasys developer portal. Skylink iOS and Android SDKs are currently in private beta.

More information on Skylink is available here, and check out our re:Invent roundup for all the big news out of the AWS conference.