Google’s pledge last September to require standard full-disk encryption on all Android Lollipop devices has turned out to simply be a “very strong recommendation.”

According to a report from Ars Technica, while the Nexus 6 and Nexus 9 devices do offer full-disk encryption, newer devices running Lollipop such as the second-generation Moto E and the Samsung Galaxy S6 do not. The updated Android Compatibility Definition for Lollipop strongly recommended OEMs implement full-disk encryption, but does not require it.

Ars speculated that leaving the option open is Google’s way of giving hardware manufacturers more time to prepare for the transition, while commenters pointed out that Google has not merged the various drivers that optimize Qualcomm’s QCE module for encryption and decryption into AOSP due to proprietary code concerns.

On an unrelated note, Google has also announced new features to help developers better measure and monetize their games. Google Play Services 7.0 adds a new Location Settings Dialog, a Places API, Google Fit API integration, support for Google Mobile Ads, and App Indexing for native app deep linking within games. Google stated an SDK will be released along with the Google Play Service 7.0 over the next several days.

“Mobile technology has sparked a new era of opportunity for people of all ages and abilities, yet many mobile apps have design flaws that prevent people with disabilities and the elderly from using them effectively,” said Frances West, chief accessibility officer of IBM. “Our researchers saw an opportunity to address this by inventing technology that identifies and corrects usability issues early in the software development process. This makes mobile apps easier to use for people with disabilities, helps developers save on costs and satisfy compliance requirements, and drives greater inclusivity in our communities through mobile technology.”

The tool is deigned to identify and correct usability issues early on in the development life cycle and automatically alerts developers of accessibility breaches. 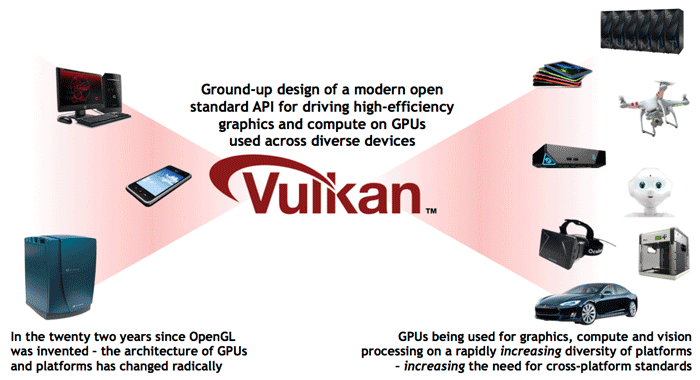 Vulkan, previously referred to as the Next Generation OpenGL initiative, has been completely redesigned to give applications direct control over GPU acceleration for maximized performance and predictability, giving developers more control and reducing driver and API overhead. Vulkan is built with a multi-threading-friendly architecture, simpler drivers, cross-platform compatibility, shading language flexibility, and extensible layers for debugging and profiling.

Along with the Vulkan release, The Khronos Group has also released the OpenCL 2.1 provision specification for public review. The latest release of the OpenCL C++ kernel language is a static subset of C++14 designed to boost parallel programming productivity by providing lambda functions, classes, templates, operator overloading, and other additional C++ features. 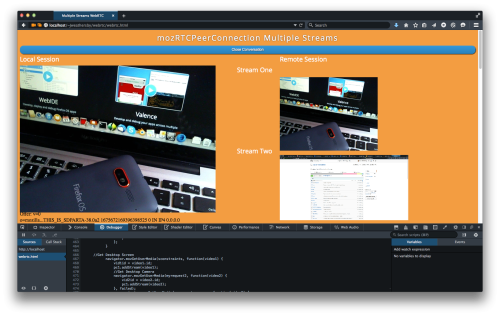 “A 64-bit build is a major step toward giving users rich, desktop-quality app experiences in the browser,” wrote Dave Camp, director of developer tools at Mozilla, and Jason Weathersby, technical evangelist, on the company’s blog.

The 64-bit build of Firefox Developer Edition enables the browser to run larger applications with faster execution and increased security. The latest build also adds fixes for WebRTC capabilities in Firefox and support for multiple media streams, as well as a new BroadcastChannel API, and support for XHR Logging and the KeyboardEvent.code attribute.